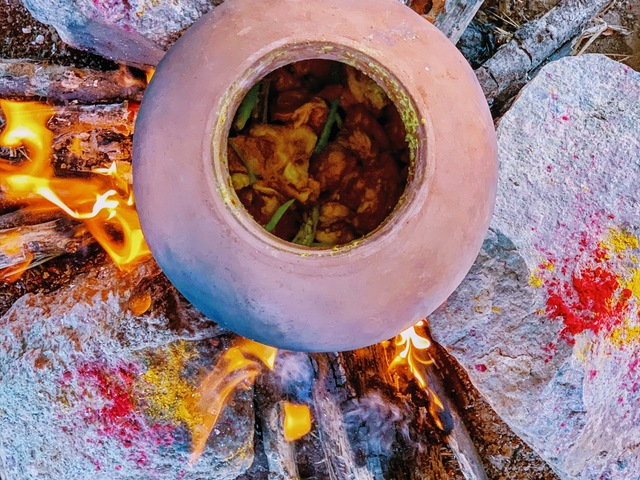 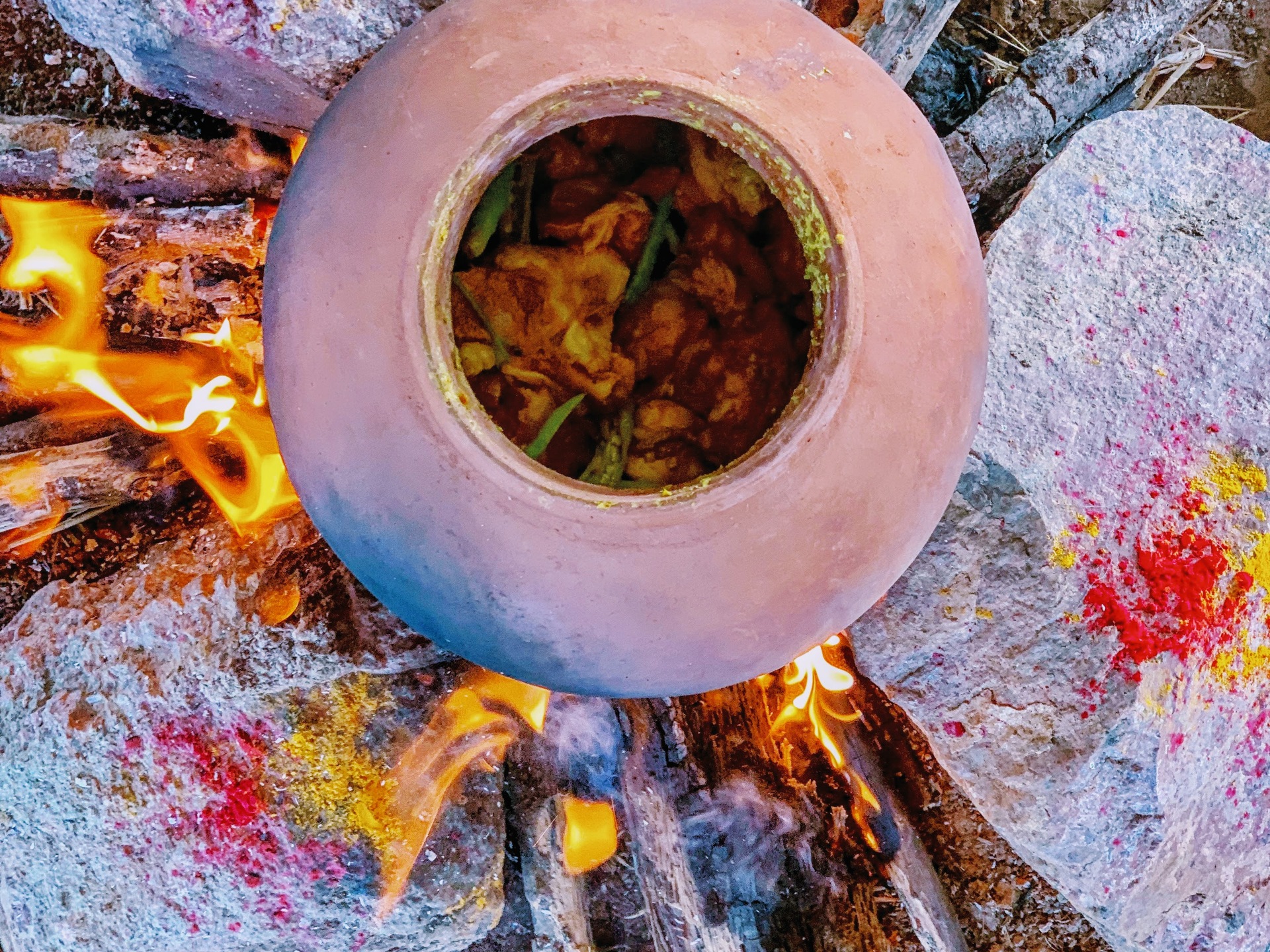 A unique rural dish that cannot be replicated in the cities.

Matylda Grzelak
Oct 18, 2020 · 4 min read
When we went to Telangana we set out to find someone who alongside toddy (palm wine) made the Kallu chicken - a dish we had only heard of from the travelling word of mouth. We heard it was special to Telangana's Warangal area and that it's preparation began immediately after gathering toddy, mixing the chicken with hot spices and kallu added to cooking. It was because of this Kallu chicken dish that we have found Dr Sai Bhaskar Reddy Nakka and, because of him - the village of Peddamadur and the toddy tapping community of the Gouds. But instead of the Kallu chicken, we got to see the whole process of making Natu Kodi Pulusu - a unique dish, made using a special cooking technique.

What is Natu Kodi Pulusu?

After the toddy collection in the Peddamadur village in Warangal district, we had the privilege to cook with the Gouds and try the state's other famous rural dish cooked with Natu Kodi. Natu Kodi describes 'country chicken', which usually has to be cooked longer, due to its less fatty and more tender meat. It is most often cooked whole, cut into small pieces with all the bones. The dish itself - Natu Kodi Pulusu - translates into 'pot country chicken.' whereby the chicken cooks in a clay pot in its own fat, with no additional fat added.⁠ Interesting are the technique and equipment used. So the pot used for cooking this dish is the same clay pot used for toddy collection. The rounded vessel at the bottom, reminds of an amphora. ⁠Placed over open fire, the pot has to be then closed with a clay lid that holds some water. ⁠What for you ask?⁠ The absorption of water will identify the level of heat and burning. The faster the evaporation, the higher will be the heat of the cooking, which is a good indicator to check for burning.⁠

One of the ladies in Peddamaduru village has one son and three daughters. She has taught all her children how to cook. Her son works as a mechanic in Hyderabad city, lives on his own and cooks for himself. When he comes home for festivals, she will specially cook for him Natu Kodi Pulusu. Why? With a smile on her face she told us that it's a dish, one simply cannot replicate in the city.⁠

No wonder. Neither toddy nor the process of cooking and then eating from moduga leaves can be easily brought into an urban setting. A fire needs to be set within three Stones. A clay pot used for collecting kallu, rounded at the bottom needs to be placed on top of the stones to be heated. The country chicken is then chopped with bones in smaller pieces and is marinated separately with ginger garlic paste, turmeric and salt and placed in the heated pot. Long green chilies need to be sliced vertically and placed in the pot with curry leaves and stirred with the rest of the ingredients. Remember - at no point any oil was added. The pot has to be then closed with a clay lid that holds some water. Watching water evaporate and absorb, will let us control the burning. The chicken is cooked in its own fat and spices for half and hour. No additional fat or oil is added to the pot before or after cooking.

The dish is then usually served on large leaves. And before anyone starts eating, more palm wine has to be drunk. This dish is always enjoyed with the toddy.


For more information on toddy tapping and our visit to the Goud community in Peddamadur, as well as the works of Dr Sai Bhaskar Reddy Nakka, head over to our videos.
traditional dishes Article Telangana Rural Escape Cooking / Preservation Techniques rural
Next Story
← Back to Food Stories
The Flame of The Forest
This fiery plant has many uses from food-related crafts to medicinal cure for cancer.